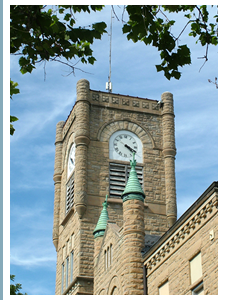 General Information | Wrongful Death Categories | Compensation | Death of the Elderly, Children, or Unborn Children | Expert Testimony | Why Hire a Wrongful Death Lawyer-How Do I Choose The Best One For Me?

What if a death occurs before bringing a personal injury lawsuit? | Are the parents of unborn children able to file suit in a wrongful death? | May punitive damages be requested in wrongful death cases? | Do all states have the same laws for wrongful death suits? | What if the person never held a job? | May pain and suffering of a deceased be sued for? | May wrongful death actions be filed in cases of children or the elderly? | How do they determine if the death may be punishable by criminal action? What is the difference between the civil and criminal cases that can be filed?

Courts define "pecuniary injuries" as those of medical and funeral expenses, in addition to loss of possible inheritance, support and services. Laws in most states provide for fair and just compensation when awarding damages resulting from a wrongful death. The statutes vary in determining if interest may also be claimed from the date of death on damages awarded.

Calculations on the amount of pecuniary losses take into consideration the condition of the decedent prior to the injury causing the death, their age, life expectancy, earning capacity, as well as their character and intelligence. The circumstances of the plaintiffs bringing the action are also considered when determining compensation. Analyzing these losses is complicated, as only actual pecuniary loss may be compensated.

If a lawsuit for personal injury was initiated prior to a victim's death, survivors may be entitled to the damages that may have been awarded, depending on the statutes in the state it was filed in. The suit for personal injury survives the victim, changing the type of suit from personal injury to a "survival action" and is usually brought together with the wrongful death proceedings. Juries consider various conditions of the victim before death when allowing compensation for pain and suffering. These include the gravity of pain and suffering, how much of this the victim was conscious of, if the victim knew of impending death and how long the suffering was endured.

Medical Charges/Funeral Expenses. The claimant in the wrongful death case must be responsible for the medical charges and funeral expenses to have these amounts included in a wrongful death action.

Loss of Wages. Determining the loss of wages depends on the circumstances of the decedent. If the victim was in poor health and unlikely complete a normal life expectancy, less would be awarded. Current earnings with normal increases in pay may be used, yet other conditions should come into review, such as enrollment in college or technical schools and potential for advancement from the latest position held. The victim's age and family history of lifetime expectancy are also factors for potential future earnings.

Loss of Support. When a parent of minor children or caregiver of others passes away due to a wrongful death, the loss of support is also considered. This may be loss of monetary support, yet additional support of time, domestic help and advice is also something to be reviewed by the jury. For example, replacing the skills and abilities of a homemaker would include babysitting, housecleaning, meal preparation, secretarial work (i.e. bill paying and record keeping as well as scheduling, preparing for and keeping doctor appointments, school and sport activities, lessons (music, dance, gymnastics, etc.), animal care and the like as a partial list.

Loss of Parental Guidance. Guidance from both parents is essential to children. When either parent dies, it is a traumatic loss to a child, no matter what the circumstances. Compensation for this would depend on the ages of the children as well as the relationship they have with the victim.

Loss of Potential Inheritance. When someone passes away, depending on their age, a loss of potential inheritance occurs in regard to their children and spouse. States vary in the acceptance of this as reason for additional compensation in wrongful death lawsuits, experienced wrongful death attorneys would be able to assist in the possibility of including compensation for this.

Punitive Damages. When serious or malicious wrongful deaths occur, punitive damages may be sought by the victim's survivors to discourage others from behaving in the same way. Most states do not allow this in wrongful death cases. Several states do have specific statutes allowing this, and other states have no statutes. Where there are not any statutes, most courts allow punitive damages. To determine if your state allows this type of compensation, it is advisable to ask your wrongful death attorney before the suit is filed.

Jury Adjustments. Once all the evidence has been presented, the jury will determine the amount of the damages, if any, to be given to the plaintiff. This amount may be adjusted by the court for several reasons. The amount the victim of wrongful death gave to his or her family is considered a major factor. If most of the income went for family support, that amount may be recoverable, yet if the victim wasted income and did not support the family, the jury's amount may be reduced. If the victim had been unemployed, and the average amount of normal earnings was presented in evidence, the wages may be recoverable. If the victim had been unemployed and the average earnings were not presented, the court may order a new trial.

Medical malpractice wrongful death cases have additional conditions that will reduce the judgment awarded by a jury. Collateral sources of income left by the victim, such as Social Security, result in mandatory reduction as well as a deduction for payment of medical insurance premiums for two years prior as well as the projected cost of the payments until the estimated time of a natural death.

If the victim was a public employee and the public employer is a defendant in the wrongful death case, all death and other benefits given to the employee are deductible by the court. These include paid sick leave, disability retirement allowances, medical benefits, dependent and death benefits. Social Security, with the exception of those under title XVIII of the Social Security Act, is also deductible.

Also in the case of public employees that include their public employer as a defendant, if it is found that there are other collateral sources provided by a lien (or liens) against the recovery by that collateral source, any payments by the plaintiff for this benefit may also be deductible. The complexity of the statutes such as this example show the benefits of obtaining an experienced wrongful death attorney as soon as possible to explain and assist with the details needed in each individual wrongful death case.

Other reductions. When final amounts are calculated, the law takes into consideration any other payments from "collateral sources". These include insurance payments (other than life insurance), worker's compensation, employee benefit programs and Social Security. There are only two situations where this is appropriate. The first is in a medical malpractice lawsuit and the other is when heirs of a public employee are suing his or her employer or a fellow worker in a wrongful death or personal injury case.

If you would like to schedule a initial consultation contact an Iowa medical malpractice / negligence attorney, representing clients in Council Bluffs, Iowa at the Kutmus, Pennington & Hook, P.C. Office Give us a call at (515) 288-3339 or complete our inquiry form.