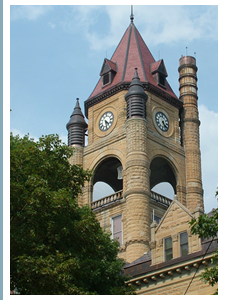 Is it possible to be prosecuted for an attempt to commit a crime? | Who is a prosecutor? | How does a prosecutor decide whether to charge an individual with a crime? | What is a grand jury? | How is probation different from parole? | What is restitution? | What is a white collar crime? | If I'm innocent, should I still get a lawyer? | Do I need a lawyer if I intend to plead guilty? | Is it possible to prosecute a child who commits a crime in the same way an adult would be prosecuted?

Serious crimes are called "felonies". These crimes can be violent or non-violent, including the theft or embezzlement of large amounts, assault, murder, rape, kidnapping, drug trafficking, racketeering, and fraud. Generally, a felony is any crime with a punishment greater than one year in prison, including the death penalty. Therefore, the punishment defines the seriousness of the offense, not the criminal statute. Even if a state criminal code defines a crime as an "aggravated misdemeanor", the crime is treated as a felony if the punishment exceeds one year of imprisonment.

Felony trials are handled differently from misdemeanor trials. The court will appoint an attorney to represent a defendant charged with a felony, although it will not always do this for misdemeanor cases. The defendant is generally required to be present for the entirety of a felony trial. In some states, a grand jury indictment is required for a felony charge. Some states disallow testimony from a defendant or witness who has been found guilty of a felony. In some states, a third felony conviction can bring a "three strikes" law into effect, meaning a mandatory life sentence. Finally, in some states a felony conviction can lead to a death sentence.

A felony charge can also affect other charges. In some jurisdictions, an accidental death can be ruled manslaughter or murder if it occurs during the commission of a felony. Conspiracies to commit felonies are generally treated more harshly than other conspiracies.

If a defendant is found guilty, a felony conviction can have serious repercussions for life. Felons not only receive longer sentences, but must suffer worse conditions in prison. Convicted felons are often stripped of their right to serve on juries. They may lose their right to vote. Felons are often barred from some professions, such as law, teaching or the military. Many states bar convicted felons from possessing firearms. And as mentioned, a third felony conviction can lead to a mandatory life sentence.

The seriousness of these crimes and of their punishment makes it vital to have an experienced criminal defense attorney.

If you would like to schedule a initial consultation contact an Iowa criminal defense (murder / assault / domestic abuse / theft / burglary / sex crimes / marijuana / cocaine / meth or methamphetamines) attorney, representing clients in Iowa City, Iowa at the Kutmus, Pennington & Hook, P.C. Office Give us a call at (515) 288-3339 or complete our inquiry form.